What A Tale To Tell

What A Tale To Tell. First it starts with a Hurricane named Irma. The week before the hurricane made landfall in Florida was one of worry and concern for my husband and I. Our home is only a mile from the ocean and the intercostal waterway and our community lies within an evacuation zone. That means we are supposed to  leave whenever a severe storm is approaching our area. With a fierce category 5 or 4 storm heading in our direction, our neighbors and friends as well as many thousands across south Florida were all making plans on where to go to escape the  approaching hurricane. 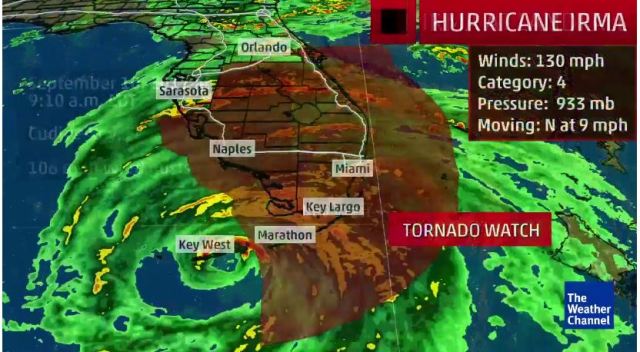 We had a different dilemma on our hands. We had made plans months in advance for a fall trip to Europe leaving on Monday, September 11th. We were supposed to drive two and a half hours  south to the Miami airport for a flight on American Airlines to Prague…that being the day Irma was predicted to impact Miami. What were we to do?

I contacted American Airlines five days out but they wouldn’t consider changing our tickets until two days before Irma was supposed to hit. By then, we knew there would be no way of getting out of Miami as every flight would be sold out and future flights cancelled for days. We frantically searched for two days for a new way to get to Prague.

If you’ve ever had to buy last minute tickets on any airline, you know prices can be exorbitant. The cheapest one way tickets were going from $3,000 to over $10,000 a person. Norwegian Air had a few premium flex (totally refundable) seats available from Orlando to Oslo, Norway for $1700 each and we bought them instantly. We now had a way out if American didn’t come through for us.

Finally we received an email to contact American about our flight from Miami. Just as we suspected, American couldn’t accommodate us on any flights from anywhere on the east coast of the United States to Europe so we cancelled the outbound flights with them but kept the return. Of course we had to pay extra as our tickets were now considered one way fares. You have to do what you have to do, like it or not.

New tickets were finally bought that would involve four airlines. We would fly from Orlando on Norwegian to Oslo, on Air Berlin from Oslo to Berlin,  on Lufthansa from Berlin to Prague and then use the last half of our American Airlines reservations from Munich to Philadelphia then on to Miami.

Plans were now in place, we would be leaving five days earlier than our originally planned trip. We would evacuate but we were going further than others. We now had to get our house ready for a hurricane and then pack. We knew just what to do because last year we left for Europe a day before Hurricane Matthew hit Vero Beach. Uh oh, I hope I don’t see a pattern developing!

Not knowing what we would come back to when we returned home, we secured our house the best we could, rented a car on Thursday before the storm and drove to Orlando in the morning. We were on Norwegian’s last flight out of Orlando at 11 P.M to Oslo, Norway arriving about 2 P.M. the next afternoon. After a five hour layover in Oslo, we flew to Berlin, arriving at our hotel at 9 in the evening. It was an exhausting two days but we were happy to be in Europe. We spent four days in Berlin, then flew to Prague to begin our originally planned trip.

We are now in the middle of our European holiday. By the time we will return home, we will have flown four airlines, been in five countries and spent time in the European capitals of Berlin, Prague and Vienna with their world famous sights and museums. We will have also spent time in wonderful small villages in Austria, Germany and France. It will have been a memorable holiday but I think it will also be remembered as the year of hurricanes.

After seeing the aftermath of Hurricane Irma from news reports, my husband and I count our blessings that our lovely beach town of Vero Beach escaped the brunt of the storm. Some sections of our town had flooding, beach erosion caused damage and some homes suffered wind damage. Owning a two year old house built to the latest specs, the only damage our home sustained was to some landscaping so we count ourselves extremely lucky. More importantly, all of our children that live in south Florida made it through the storm safely so our minds were put to rest. Our thoughts and prayers are with all those who have been impacted by this year’s terrible hurricane season.

I want to thank all my readers who have sent notes of concern, they were much appreciated. I’ve had problems with my computer but it seems to be fixed now. Over the next weeks, I hope to share this year’s travels in Europe. See you soon.

I travel the back roads of New England and beyond, sharing great food and interesting places.
View all posts by Karen →
This entry was posted in Home, lifestyle, travel, Uncategorized and tagged Hurricane Irma, travel. Bookmark the permalink.

99 Responses to What A Tale To Tell